Last week, we have talked about certain situations where the operation performed with points of the elliptic curve does not produce a result which is a valid point of the elliptic curve over real numbers. In this article we present a different approach to explaining the point at infinity using visualizations of the projective plane. Once you can see it, you will find it rather easy to understand.

The infinite two-dimensional plane of pairs of real numbers $\mathbb{R}^2$ has an inherent problem of just not fitting onto the small screens of our computers. No matter how high the resolution will be, you cannot draw an infinite image on a finite screen. However, if you can take the liberty to relax the visualization requirements – for example that not all unit distances have to be of the same size – you can easily fit an infinite plane into a bounded area. For fitting the two-dimensional infinite plane info a finite image, we use the projective plane[1] = basically mapping of the infinite plane onto a sphere[2]. Typically a unit sphere is used and appropriate coordinate transformation $(u,v)\rightarrow(x,y,z)$ is:

In order to better visualize the immediate vicinity of the origin of the coordinate system, we take the liberty and for all our visualizations we do another transformation before projection and divide each coordinate by the factor of 3:

And this is how we fit the infinite two-dimensional plane onto rather finite sphere as seen in Picture 1. You can see that both $x=3$ and $y=3$ lines cross the equator of the sphere at their most southern points. 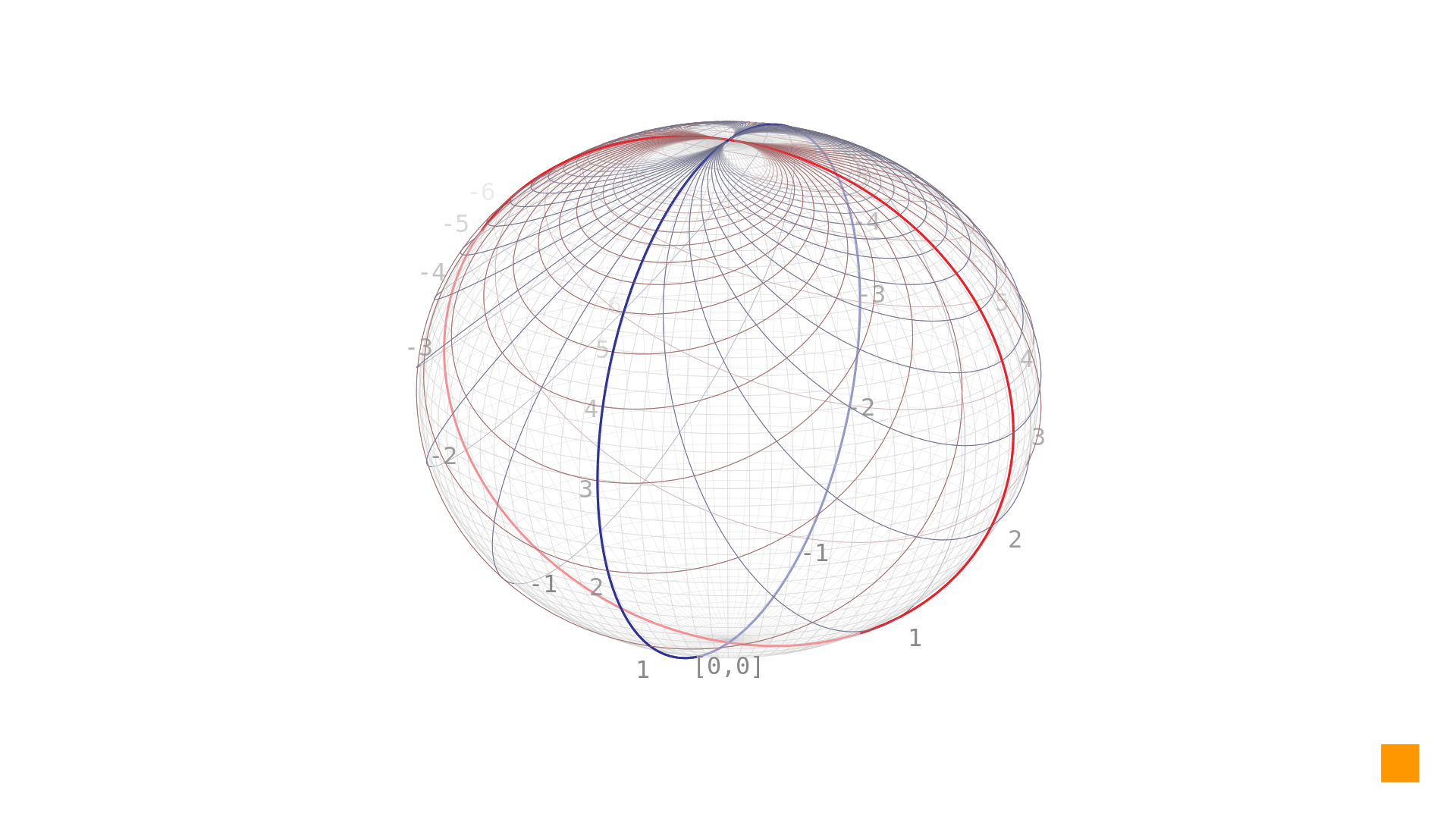 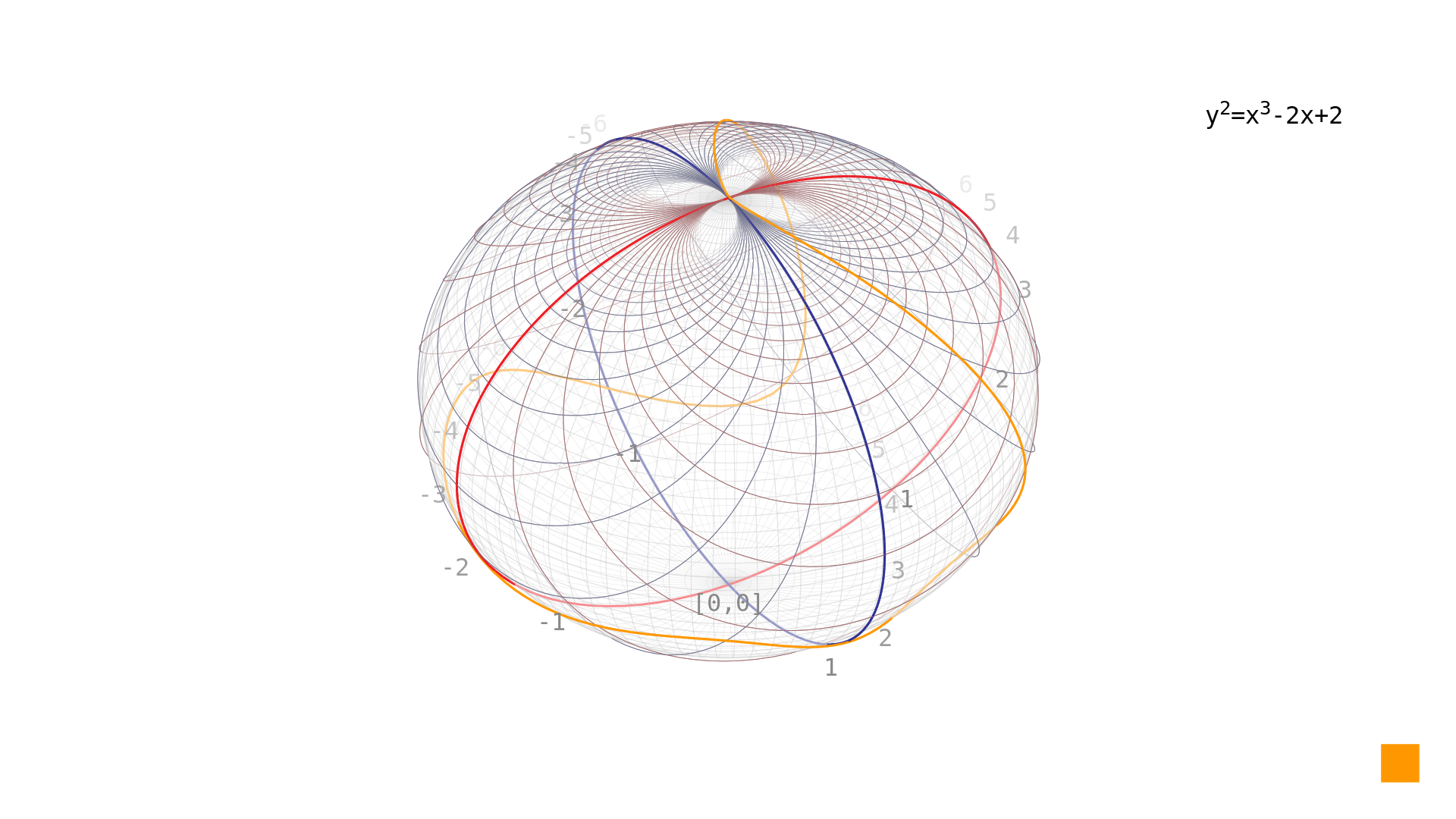 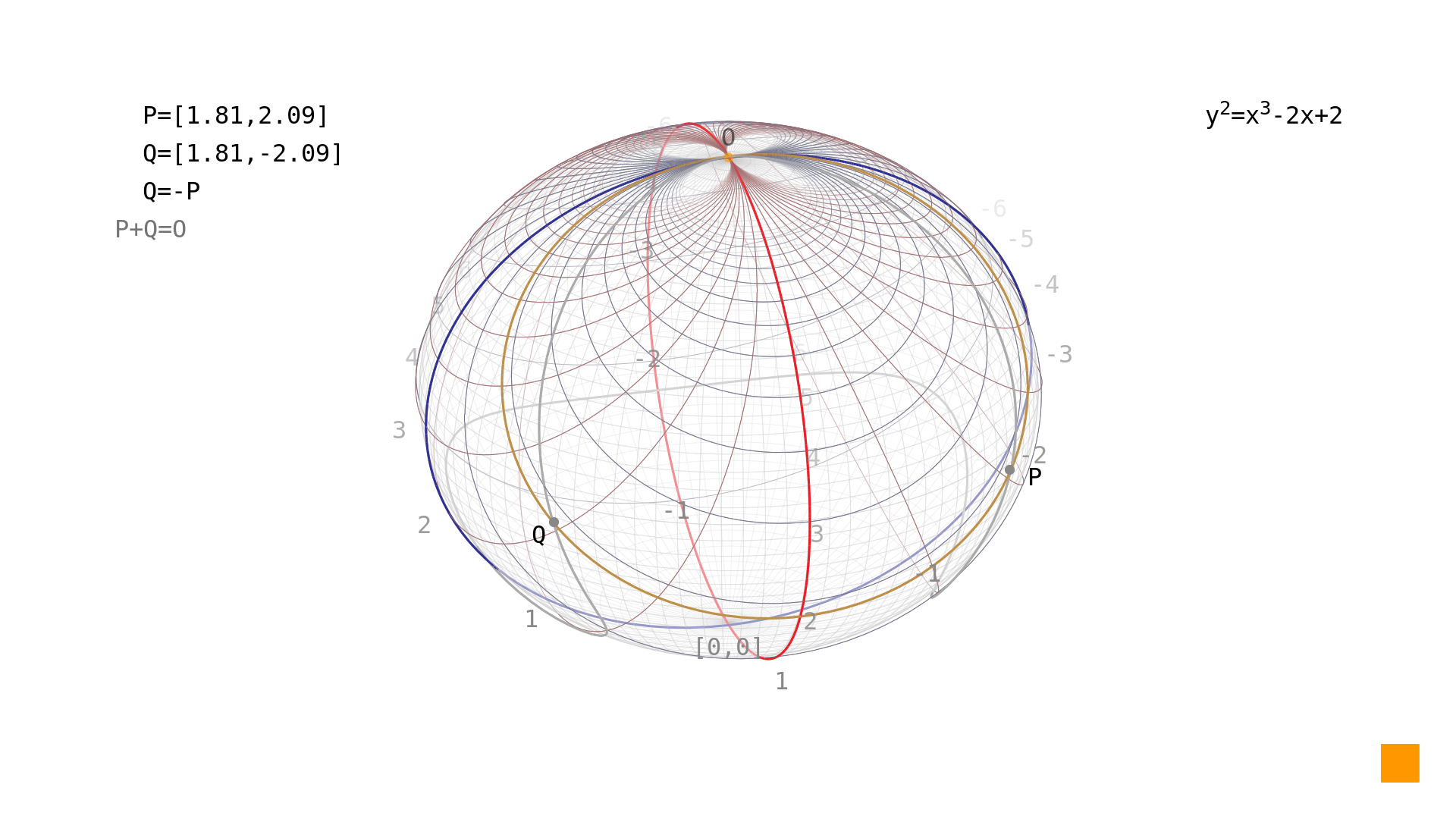 Picture 3: Addition of two points $P$ and $Q$ on elliptic curve in simple Weierstrass form $y^2=x^3-2x+2$ where $P=-Q$ depicted on a sphere representing the projective plane.

Doubling a point at which the tangent line is equidistant to the Y axis produces similar result when working in the projective plane as seen in Picture 4. 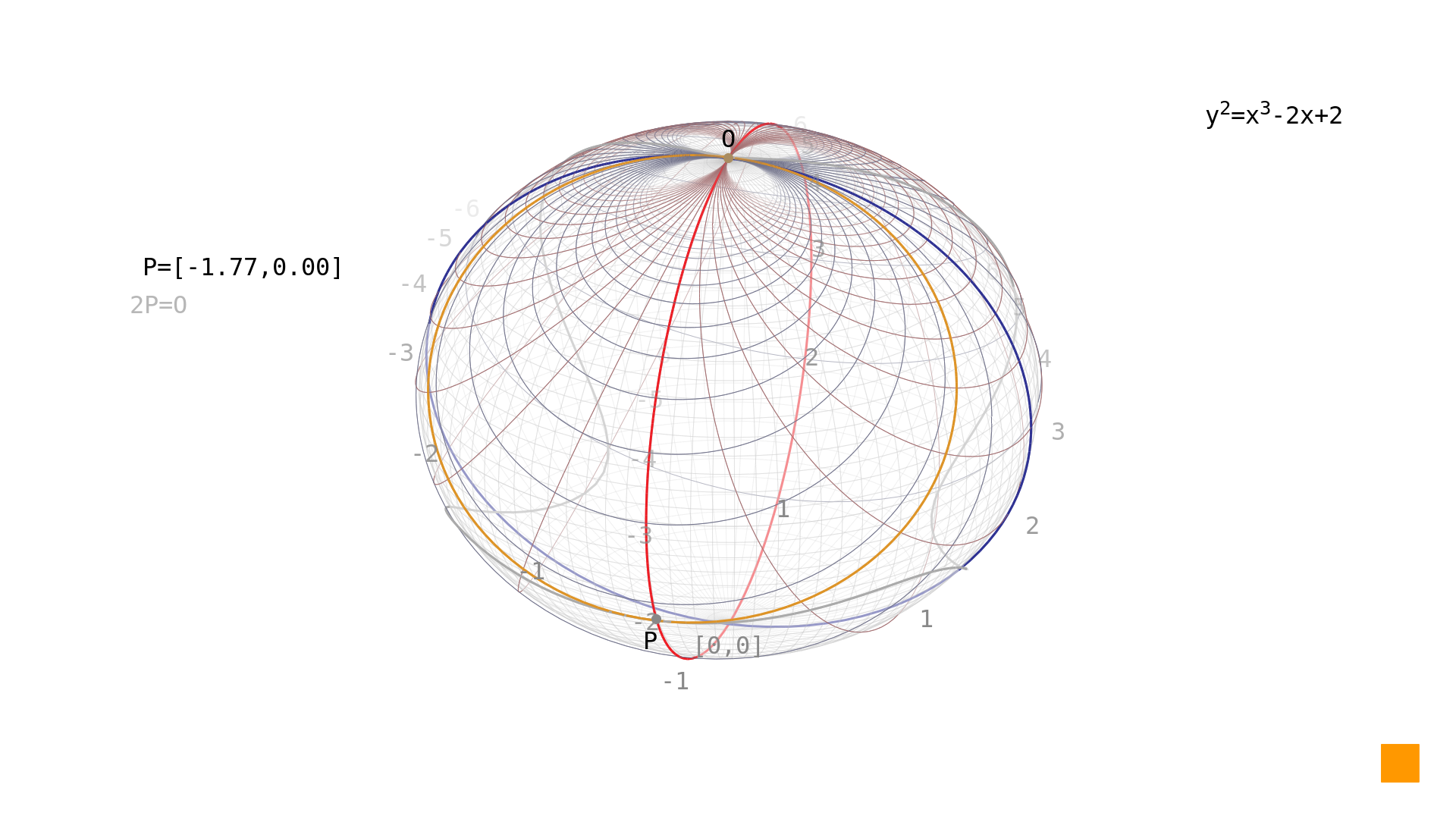 Picture 4: Doubling of a points $P$ elliptic curve in simple Weierstrass form $y^2=x^3-2x+2$ where $P_y=0$ depicted on a sphere representing the projective plane.

As always, understanding the geometric meaning of point addition and doubling points of the elliptic curve in simple Weierstrass form in the projective plane is easiest by watching Video 1 which depicts everything in motion.

Video 1: Walk-through of point addition and doubling on the elliptic curve in simple Weierstrass form $y^2=x^3-2x+2$ depicted on a sphere representing the projective plane.

As we can see, the point at infinity can truly be a real point – and although (when working over other fields than pairs of real numbers in the projective plane) we use it only as a concept, it is nice to be able to track the origin of such concept.

I hope everyone enjoyed our extended ride to infinity and maybe it will inspire someone to study non-euclidean geometries in more detail. Next week we will take a huge step in our quest into explaining the cryptography behind how we plan to secure online communication and rest assured, there is some interesting stuff coming. See ya next Thursday!